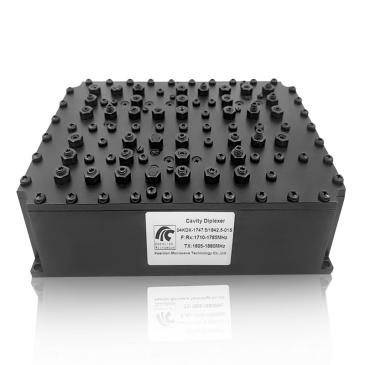 What is a Duplexer?

A duplexer is a device that allows bi-directional communication over a single channel. In radio communications systems, it isolates the receiver from the transmitter while permitting them to share a common antenna. Most radio repeater systems include a duplexer.

Be designed for operation in the frequency band used by the receiver and transmitter and must be capable of handling the output power of the transmitter.

Provide adequate rejection of transmitter noise occurring at the receive frequency, and must be designed to operate at, or less than, the frequency separation between the transmitter and receiver.

Diplexer vs Duplexer. What is the difference?

A diplexer is a passive device that combines two inputs into a common output. The signals on inputs 1 and 2 occupy different frequency bands. Consequently, the signals on inputs 1 and 2 can coexist on the output without interfering with each other. It is also known as a cross band combiner. A duplexer is a passive device that allows bi-directional (duplex) communication of transmit and receive frequencies within the same band over a single path. 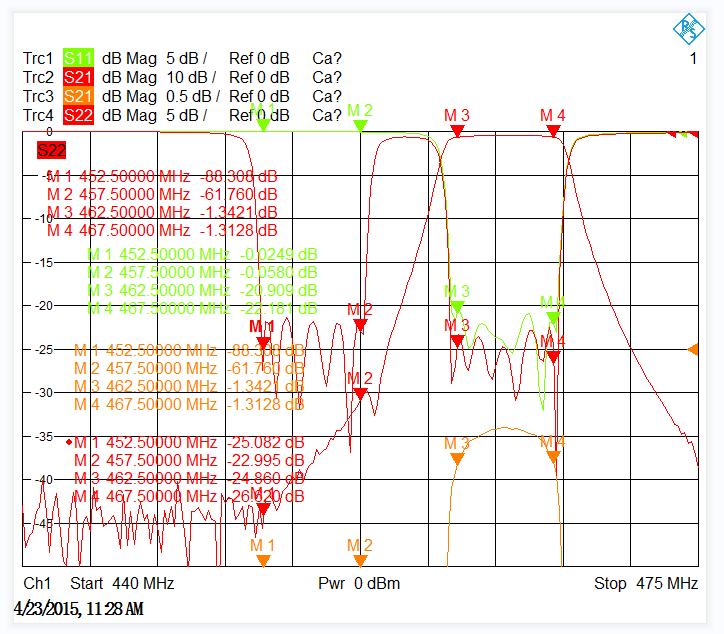 There are two basic types of duplexers: Band Pass and Band Reject.

The obvious advantage of using a duplexer is that we can transmit and receive with only one antenna. With space on towers at base station sites at a premium, this is a real advantage.

In single channel systems, where there is only one transmitter and one receiver, use of a duplexer so they can share a common antenna is a straightforward choice. However, when multi-channel systems with several combined transmit and receive channels are considered, the situation becomes more complex.

The main disadvantage of using duplexers in multichannel systems can be seen when we consider transmitter intermodulation. This is the mixing of the multiple transmit signals on the antenna.

If we use separate transmit and receive antennas, it takes up more space on the tower.

The big advantage is that, while passive intermodulation still occurs in the same way between the combined transmitted signals, there is no longer a direct path for these products to reach

So in conclusion, for single channel systems, go ahead and use a duplexer. But for multi-channel systems, while separate antennas will cost you more space on each tower, this is the more resilient option. It protects your system better from the significant interference from passive intermodulation as a result of those very minor and difficult to isolate assembly or maintenance faults.

The motivation here is to save the installation of a cable within the home.

When built, my house was installed with a single coaxial drop cable from the loft to the lounge, carefully hidden in the cavity wall. This cable carries the DVB TV channels from the roof antenna to the TV in the lounge. I also have a cable TV box in the lounge that I would like to distribute around the house and the distribution amp is best placed in the loft for easy access to all rooms. Therefore, a Duplexer at either end of the drop cable will allow it to carry DVB-TV down the coax and Cable-TV up the coax concurrently, providing I select a suitable Frequency for the Cable-TV distribution. 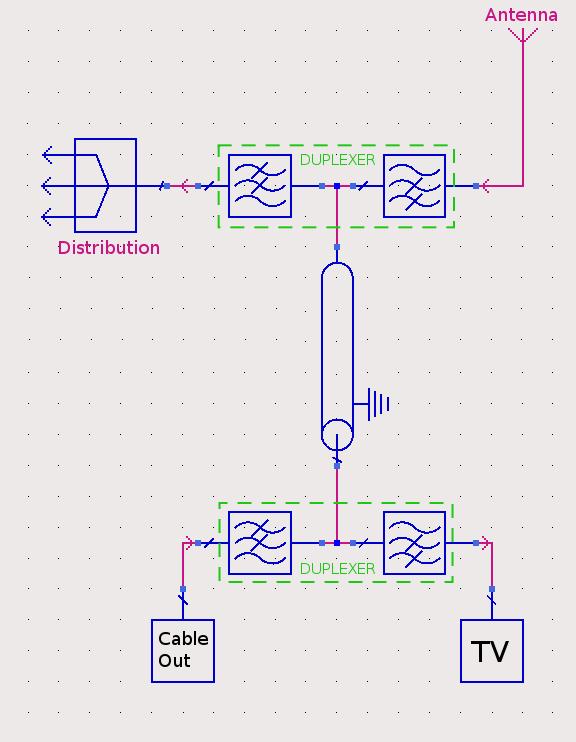 We can also customize the Cavity Duplexer according to your requirements. You can enter the customization page to provide the specifications you need.