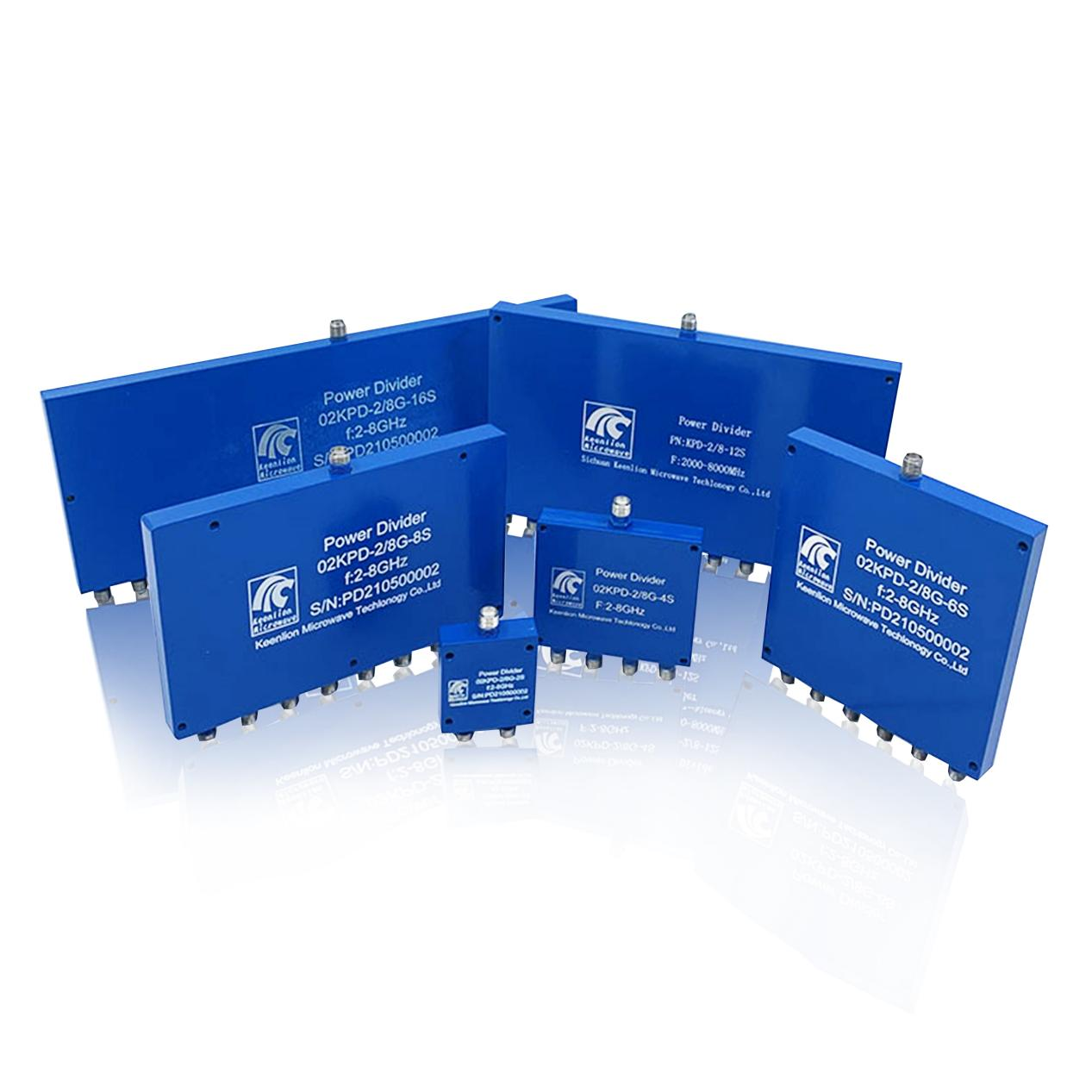 Power dividers and combiners are often referred to as splitters. While this is technically correct, engineers typically reserve the word “splitter” to mean an inexpensive resistive structure that splits power over very wide bandwidth, but has considerable loss and limited power handling.

When choosing which type of divider or combiner to use, it’s important to consider isolation. High isolation means that incident signals (in a combiner) don’t interfere with each other, and any energy that isn’t sent to the output is dissipated rather than sent to an output port.  Different types of dividers handle this in different ways.  For example, in a Wilkinson divider, the resistor has 2Z0 value and is strapped across the outputs.  In a quadrature coupler, a fourth port has a termination.  The termination dissipates no energy unless something bad happens, like one amp fails or the amplifiers have different phases.

There are many types and subtypes of power dividers or combiners. A few of the more common ones include:

A Wilkinson divider splits an input signal into two equal phase output signals, or combines two equal-phase signals into one in the opposite direction. A Wilkinson divider relies on quarter-wave transformers to match the split port. A resistor is placed across the outputs, where it does no harm to the input signal at Port 1. This greatly improves isolation and allows all ports to be impedance matched. This type of divider is often used in multi-channel radio frequency systems because it can provide a high degree of isolation between the output ports. By cascading more quarter wave sections, Wilkinson’s can easily handle 9:1 bandwidths of electronic warfare systems. 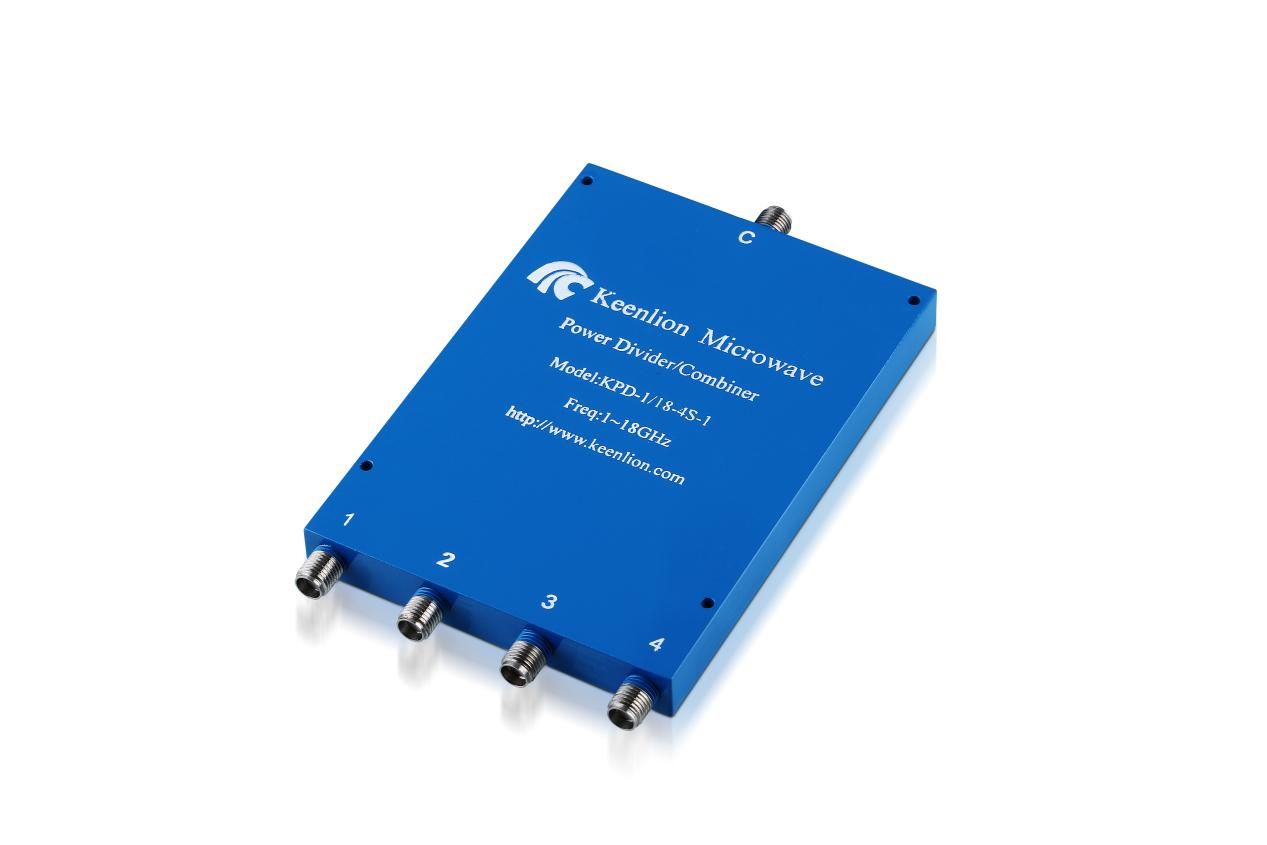 As the name implies, an RF/microwave power divider will split an input signal into two equal and identical (i.e. in-phase) signals. It can also be used as a power combiner, where the common port is the output and the two equal power ports are used as the inputs. Important specifications when used as a power divider include the insertion loss, amplitude and phase balance between the arms, and return losses. For power combining of uncorrelated signals, the most important specification is the isolation, which is the insertion loss from one equal power port to the other.

• Power dividers can be used as combiners or splitters

Si Chuan Keenlion Microwave a large selection of 2-way power dividers in narrowband and broadband configurations, covering frequencies from DC to 50 GHz. They are designed to handle from 10 to 30 watts input power in a 50-ohm transmission system. Microstrip or stripline designs are utilized, and optimized for best performance.

We can also customize the power divider according to your requirements. You can enter the customization page to provide the specifications you need.